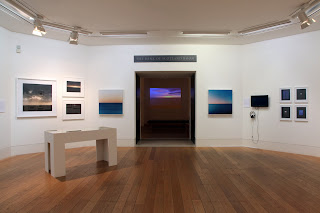 The north-west Highlands, in particular the coastline about Cape Wrath, have been important for Iain Stewart, since his ‘LAND’S END/CAPE WRATH’ project of 2005. Stewart’s work presents an emotive and personal response to the place, drawing inspiration from music, the Romantic landscape tradition and the minimalist approach of the colourfield painters.

The pieces on show mark out a progression. Earlier lushly coloured seascapes move into life in the sun-washed dawn of ‘Orcadia’, a stunning 63 minute film. The 2006 photographic piece ‘Omen’ expresses a pivotal moment of sadness, as light and colour drop out of the world; a premonition of nightmares to come; the black void of a flooded cave in the 2009 film ‘Nightswimming’. In Iain Stewart’s own words: “… light and colour have at times given way to shadow and lost bearings; if I count the days, there has been more rain than sun.” Both of the video pieces are enriched by the work of sound artist Keith Berry, whose subtle accompanying audio brings further resonance to the work.

The group of work concludes with Stewart’s 2010 series, ‘Bothy’, which finds shelter from the weather and a human warmth in the remote Highland bothies. The landscape and colour begin to re-emerge from winter, framed by the man-made windows. The one constant in this flux of emotion and elements is the glory of the Scottish wilderness; in the open space there is respite and solace, and a reminder to live; memento vivere.


Iain Stewart’s work is internationally exhibited and collected, including exhibitions at The Photographers’ Gallery in London, the International Center for Photography, New York, The Museum of Fine Art, San Diego and Jackson Fine Arts, Atlanta. Collections include The National Galleries of Scotland, The Museum of Fine Arts, Houston, Museet for Fotokunst, Odense, Denmark, The Center for Creative Photography, Tucson, Arizona and The Lannan Foundation, New Mexico. He is represented in the USA by Julie Saul Gallery in New York, and G Gibson Gallery in Seattle, Washington. 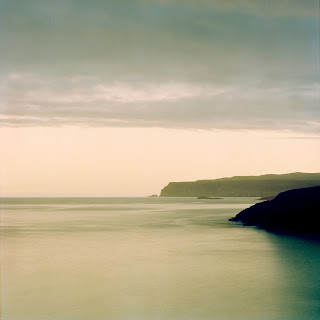 First Light 2005
(The University of St Andrews collection)
Being represented in National and International collections is a great acolade to an artist and also of course an opportunity to show work to a wide audience. Iain's work is part of many National Museum collections in the United Kingdom including the Scottish National Portrait Gallery, Birmingham City Museum & Art Gallery and the Collection of the Scottish Government, and he has had recent pieces including 'Erribol' (2009) and 'Chamber #66' (2007) join the National Galleries of Scotland collection in 2010. Notable private UK collectors of Iain's work include Sir Elton John and The Pet Shop Boys.

Most recently, Iain was privileged in 2011 to have several pieces purchased for the special collection at The University of St Andrews, including 'Outlands' and 'First Light' from his 2005 LAND'S END/CAPE WRATH project, along with work from his 2007 series DARKEDEN. 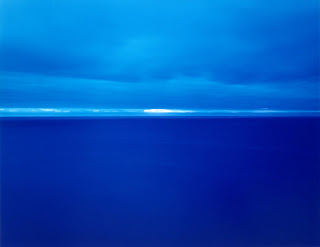 Further afield, land and seascape work by Iain is already in collections from Museet for Fotokunst, Odense, Denmark to The Museum of Fine Arts in Houston, as well as The Center for Creative Photography in Tucson, The Lannan Foundation in New Mexico and The University of Texas who hold work at the Harry Ransom Humanities Research Center.

In 2011, Iain was delighted to have four of his pieces, including the diptych 'Part', join the collection of The Henry Gallery at The University of Washington, Seattle. 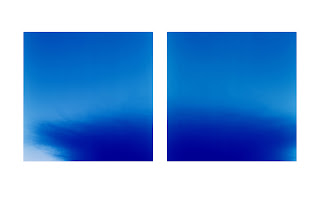 part (diptych) 1997
collection of The Henry Gallery, The University of Washington

Posted by isphotographs at 03:03 No comments: