Extract from 1995's collection From The Morning.

First exhibited in the Light From The Darkroom at the Royal Scottish Academy in 1996, the work was triggered by the loss of Stewart's first child, after a miscarriage. The title - and inspiration for most of the imagery - was taken from Nick Drake's third and final 1972 album, Pink Moon. 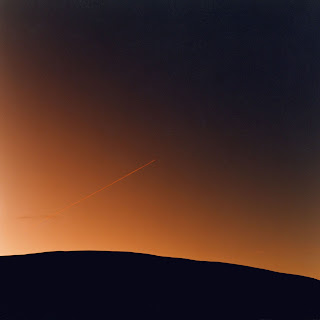 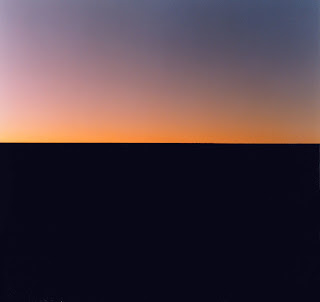 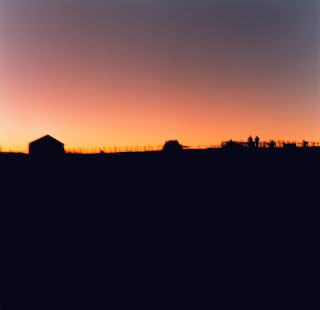 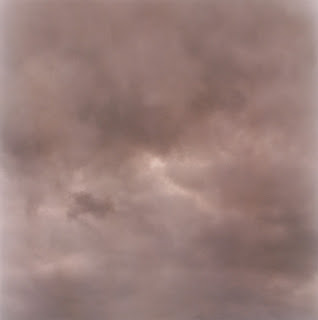 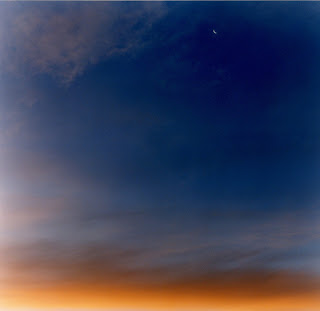 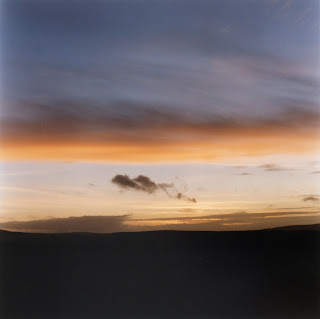 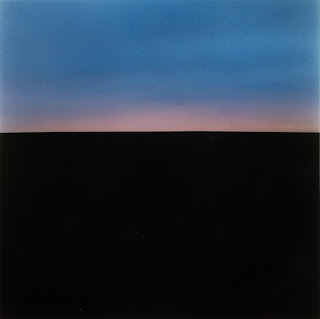 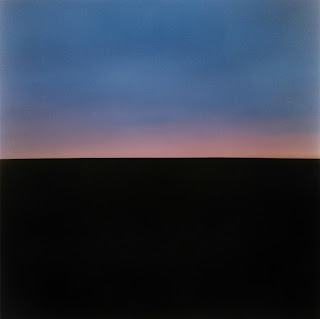 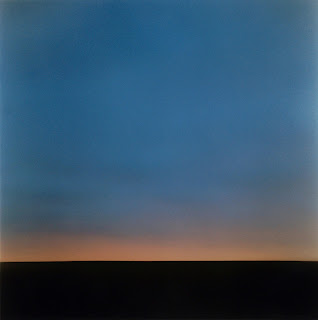 From The Morning was the start of Stewart's ten year landscape project, LAND/SEA/SKY. 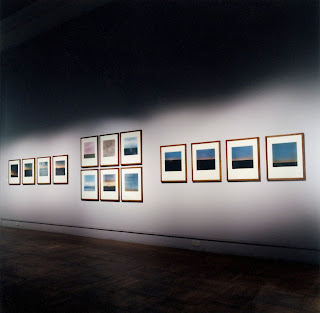 Posted by isphotographs at 17:53 No comments:

Introduction to the withdrawn 2016-17 project INNERSOUND.


Part One, LAST MAN ON THE MOUNTAIN, tracks a protracted period where Stewart lost his Father to Alzheimer’s disease. The images are all made in the Highlands of Scotland; memories and specific locations become a trigger for the photographer to examine the relationship with his father, his decline and death. This is a fairly blunt summary of the pictures - but there is a tenderness too to this section. We lose our bearings in the mistlands of snow capped mountain tops but the pictures then fill with bright, colourful northern skies, and we seem to cross a river, towards the setting sun.


Part Two, THE STORM is suddenly and unexpectedly violent. Chaos. We are hammered, pounded repeatedly by the elements. A maelstrom of wind, snow, sea and wild spray - the raw power of the winter ocean – and find ourselves adrift in a terrible storm, all control gone, at the mercy of some greater force. Then, just as suddenly, the storm subsides, and some form of new order and clarity returns to the landscape.


“There's something original and ambitious at work here; a shard-like hard-cutting between image and place and text. Sometimes it's bewildering -- but then that's true of the places Stewart is fascinated by as well. There's a winter-chill to the mountain photographs, and a storm-ferocity to the seascapes, that's born of somewhere between muteness and confusion.” [1]


If the narrative sounds insular, it’s not. As ever with Stewart's pictures, the intention would appear to be a desire to seek out universal subject matter - sky, sea, mountains - to lure the viewer to familiar, safe shorelines - only to then draw them out into the depths of darker, more turbulent psychological territory.

Stewart has said that the death of his father in 2013 caused a re-evaluation of his relationship with his own children, in this project Part One clearly reads as Father/Son then so in turn Part Two, THE STORM, is Son/Father; and concludes with a most unexpected regeneration.

“In 2016 I had deliberately set out to photograph winter storms in the North West Highlands of Scotland. What could not be foreseen was that totally unbeknown to me at the exact time I was photographing the winter storms, my son was learning for the first time of the imminent birth of his own son, Solo.” [2]

It is not always essential to know such a level of personal detail - but somewhere in the midst of all this, Stewart’s Mother suffered a stroke, briefly and terrifyingly losing the power of coherent speech. Knowledge of this does inevitably affect and inform our reading of the images in this second section.

Closing with the birth of new life, this hidden narrative of Part Two book-ends the series with a most unexpected symmetry. We are confronted with a journey where we are lost from the start; moving through through a natural world of sun, light and water, touching both the beginning and end of life - but in reverse order. And inbetween, some kind of violent, silent chaos fights itself out to a peace of sorts, with a deep sense of both seen and unseen forces at work. The voyage is beautiful and terrifying in equal measure, both gentle and cruel, and as Robert MacFarlane notes, for the viewer, this can be bewildering at times. The series ends as it began, at the summit of a snow-dusted Highland mountain – though this time not submerging into the mist - but rather we journey outwards, into tomorrow.

Posted by isphotographs at 17:27 No comments:

In the unit, there had been good days and there had been days that were not good. I never saw the bad days, he was so sweet and gentle when I visited, in a way I hadn’t remembered him for a long time, and it took me back to when I was a boy and he played with me. So special because they hadn’t happened often. He’d taken to one of the nurses in particular, of course. I believe he thought he was the ward doctor and he was there to administer to the folk around him. The poor confused old folk, he whispered. Some of them don’t even know where they are. The unit door was secured of course, and often as you buzzed to get in, someone would be waiting, hopeful on the other side, enough clarity to try to seize the moment to make a last bid for freedom but never with quite enough conviction or pace to get past you. That would really tug at the heart. He never asked me to take him home. Thank god.

Heart racing, stumbling and scuffing over the rough stony path. The path was good here but the light was starting to go. Sun slipping away. Regardless, I stopped from time to time to note down thoughts for reference later. Reading them back later, they made no sense. Half sense. Haikus and nonsense. But my mind was whizzing, my feet were racing and I had no clue why. Racing, chasing. What exactly I was chasing was unclear at this point. A thought process? The daylight, the sunset? A daydream – more likely. That white strip of sand in my sights, still. Surely only a couple more miles. I had been thrashing my way towards it for over an hour, though it hadn’t got me any closer. Mind playing tricks, my notes say ’mirage’. A mirror.

It was a couple of months now since my Father had passed away. The troubles and upheavals that his final few years had stirred were all still swirling around the family. Some things had got better since, some things had got worse. There was upset, still, and that upset tinged the sense of relief that we had all felt, secretly or publicly. Just how long he had been slowly slipping away was only now dawning. Years. Perhaps ten years. Maybe more. When I stopped in my day to think about him properly, I felt a jolt of guilt for not noticing. But the process had been so gradual. He faded, got quieter, and smaller. Eventually he would barely surface at all, it was a silent mist that he hid in.

When he did finally slip away, there were a sudden rush of practical details to be busy with, a moment to take charge, feel some control return, and draw lines, sign papers, close accounts. Then beyond, after – nothing. A drift, a gap where the person once was. It was at some point in this drift I took myself off to a remote corner of Wester Ross, with no real timetable, just me, a tent, a camera, the standard escape plan. I had walked to this bothy before, I had slept there a couple of times, alone, spooked the first time by a scribbled note to ‘beware a man calling himself Jim’, visiting bothies to steal and get up to wickedness. I remember I had wedged the attic door with my tripod and slept fitfully that night, an axe beside my sleeping bag. Morning came with no badness in the night and I had felt foolish. Sure enough though, there was a presence in the bothy, I didn’t feel it for sure until I made pictures in the morning, but there was something there alright. The pictures became an Elegy For a Deserted Croft.

So, now, two or three years later, was this somehow a timeslip of the same presence that I found myself chasing? Walking on from the bothy at Erradale to the tantalising white beach that was just at the edge of my vision, I was chasing. Chasing what? Time? Not a soul to see or speak to the whole walk out but I was following something sure enough. Then – a small movement up ahead - did I see a head bob on the path? I tried to speed up, clumping in big boots with the ridiculous oversized rucksack. Cameras, bedrolls, film, waterbottles – I was weighed down and tiring. When the path faded and I lost it I would pick up a sheep track through the heather or just head for the edge of the coastline and pick out a new line. No need for a map, follow your nose. It was familiar though I knew I’d never walked this way. Half-track, part remembered…

Dementia, Alzheimer’s – speak the words. There’s no shame, it will come to so many of us. One in six, at the minute. And counting. It will very likely touch you, your family, reader. Seep quietly into your life with no big alarm bells or fanfare. Like me, you may not realise for years – just that the person you love is a bit quieter, not joining in. It’s maybe just an off day – for sure enough they’re a little bit more themselves the next day. It took years to realise what had been stolen. There’s a pang of pain, of realisation and some anger mixed with the guilt. The person is still there, but shrunk down inside. When did that happen? Why did no-one notice? Why did I not notice…

What I was chasing on that path was the past. I didn’t know it but that beach was a beach we had visited and loved on one of our many family holidays to the North West Highlands in the 1970’s. Redpoint. We had just called the beaches Redpoint One and Redpoint Two. Visiting from further north, by road, we parked up and walked south. Now, some thirty years later, I had started south and was walking north – without recognising and without realising, I was walking back to the past, to my childhood. Exhausted, I slumped onto the grass at the edge of the beach. The early autumn sun shifted and filtered through the low cloud then spilled golden and warm onto the pebbled beach. My heart felt so much peace. A wave of acceptance. I was here. He was here too, with me, in this place.

Posted by isphotographs at 17:17 No comments: