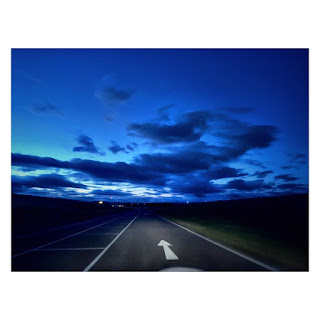 Time to be slow 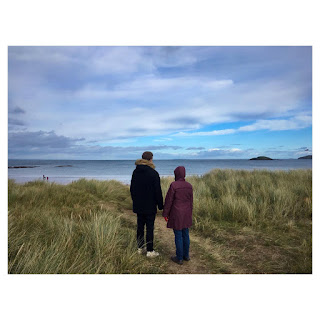 This is the time to be slow,
Lie low to the wall
Until the bitter weather passes

Posted by isphotographs at 11:24 No comments: 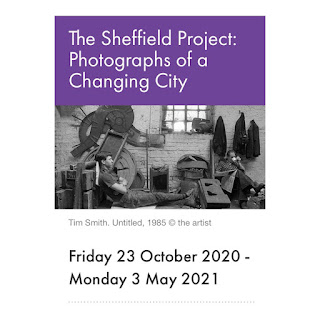 The Sheffield Project: Photographs of a Changing City 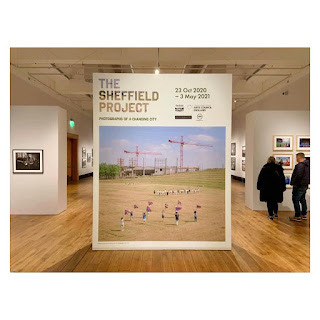 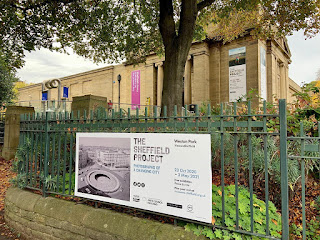 Posted by isphotographs at 11:44 No comments: 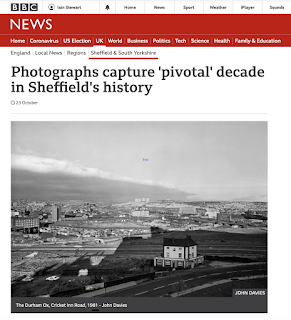 BBC News
Posted by isphotographs at 07:00 No comments: 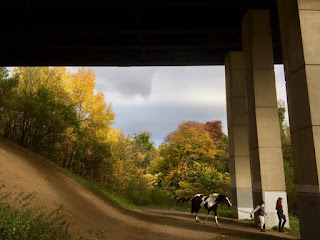 Posted by isphotographs at 11:30 No comments: 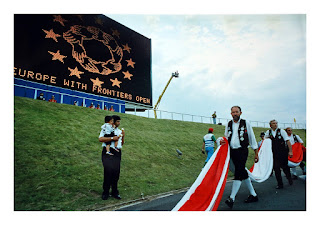 I’d left South Yorkshire in the mid 1980s to study at Art School in Edinburgh but it was still the place I still thought of as home. The city, like so much of the North, had paid a grim price through a decade of Thatcher; the rapid decline of the steel industry, scores of empty factories, the devastation and conflict of the Miners Strike, record levels of unemployment. Yet I clearly recall sensing a defiant optimism in the air when I returned in late 1990. It was my first visit to The Untitled Gallery since the move to Brown Street and there was a distinct creative buzz growing in the surrounding area; you can’t crush spirit; attack us and we just come back stronger, with more attitude. What would become the Cultural Industries Quarter was getting up and running; music and art scenes were busy beavering away. Sheffield always does great music scenes. I worked late in the darkrooms to bangs and bleeps from upstairs; you never knew who’d be coming down the stairs from Warp Records. Boy George popped into the café for a bowl of soup. (He politely declined a photo “I haven’t got my slap on’”). Heck, David Essex was recording round the corner. A local astronaut was even back down in town for the summer… and work was progressing on a big new shopping centre just out of town. 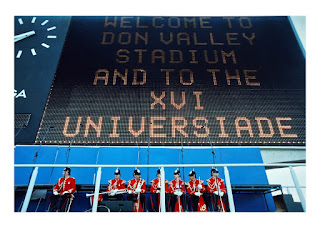 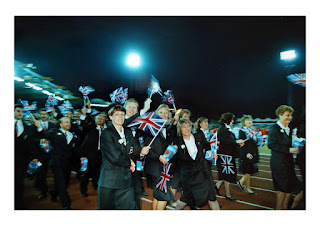 I’d photographed Glasgow’s year as City of European Culture in 1990, documenting some of the green shoots of cultural regeneration up close. There was every reason to feel equally sanguine about what might lie ahead for Sheffield. My brief was to cover as much of the XIV Universiade as I could. July was a packed month of community arts events, music, theatre, poetry recitals, talks – book-ended by the Opening and Closing ceremonies of World Student Games, held in the newly opened Don Valley Stadium. I remember Sheffield 1991 as a summer of positivity, energy and hope. Good will, hard graft - and yes, probably a bit of improv and blagging it but with the right mix of caffeine and adrenalin everyone somehow got through a hugely ambitious programme more or less intact. History notes the financial and strategic complications, the blips and bloopers; my pictures don’t. They were not intended as PR gloss, but there’s no bad stuff to be found here anyway. Suspend the cynicism; these shots were candid and well intentioned, and I hope caught something genuine of the moment. 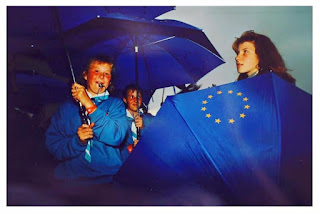 There’s vibrancy and energy, youngsters from all over the globe parading through the city streets blowing whistles, laughing, waving flags. Union colours proudly abound, and sit happily next to symbols of our ties to European friends and neighbours – frontiers open, hands joined. There was a joy, optimism, coming together for sport, competition and celebration. Cultures rubbed up against each other just fine, local communities partied, it felt outward looking and inclusive. In the midst some art was born and documents were made – I was there, Sheffield stepped up - this is the proof. 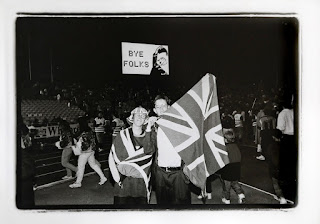 Posted by isphotographs at 12:25 No comments: 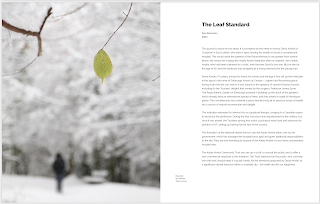 The publication of Leaves is inspired by David Ainslie who after his death in 1900 left his wealth to fund a convalescent hospital in the south side of Edinburgh. Patients would have practical help from the hospital in a green place where they could benefit from being in nature. With the establishment of the NHS this hospital became government property - and it has been managed by them since 1948. The proposal now is to dispose of the hospital and fund more concentrated sites. The Astley Ainslie Community Trust hope the NHS and the Scottish Government will keep the Hospital in public hands and as a green space in the heart of a crowded city for public health and happiness.
⠀⠀⠀⠀⠀⠀⠀⠀⠀
‘This land is public property. It was historically part of the common good of Edinburgh and should be dedicated to a continued interest in nature, our health, wellbeing and creative pleasures.’
- Sara Stevenson

Posted by isphotographs at 12:00 No comments: